Art in the Gardens, Drop In, Exhibitions, Outdoor Adventure

In conjunction with the Royal Botanical Gardens’ launch of water quality remediation, floats installed on the lower Chedoke Creek watershed, ‘Urban Moorings Two’ will bring together five local artists to create installations in dialogue with the floating garden flats. This public art project will bring awareness to environmental and cultural challenges within Hamilton’s urban watersheds flowing to Cootes Paradise Marsh.

The curators and selected artists understand the desire and urgency for an eco-aesthetics and ecological sustainability of communities that make this project particularly current, relevant and compelling within a contemporary art and public discourse context. Together, their collective oeuvres showcase deep commitment and passion for Hamilton, its people and natural landscape. ‘Urban Moorings Two’ will bring educational and emotional opportunities to the public to connect with their surroundings on a deeper, more profound level to cultivate care for our city and water.

The five original artworks are available to view day and night in the lower Chedoke Creek watershed Points of access include Princess Point and the Desjardins Trail.

Where is Princess Point?

Princess Point is located along the south-east side of Cootes Paradise (Google directions).

Artist Lukasik-Foss designed AquaVecchio / Window (Ad)dressing / Vanity as a temporary three-walled sculpture that will situate itself on the pedestrian/bike bridge that passes over the Chedoke Creek and looks upon Cootes Paradise.

On monthly occasions, this work will be set up along the bridge, hoping to articulate a social space using the two-way traffic offered by the bridge, compelling users to stop and partake in varying kinds of cultural exchange, most intentionally, ones that folds in an awareness of the water being traversed, the issues and history it harbours. These exchanges will be facilitated by a selected group of ‘vendors’–performers, artists, activists—who can offer activities scaled down to the smallest possible audience, but which still encourage connection to the Cootes Paradise watershed and the complexities of its current ecology.

More on the artist below.

Explore on the water to get a glimpse of the astounding life that depends on the health of the marsh for its survival! RBG is home to two canoe launches: Princess Point along Cootes Paradise, and Valley Inn at Grindstone Creek. Seasonally, docks are also available to help land and portage around the Fishway. Learn more about paddling at Cootes Paradise. 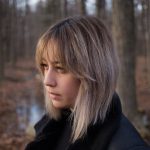 There is a celestial plane that exists far beyond Mother Earth called Sky World, where Hodinöhsö:ni’ people originated from. Guided by Reflections takes the form of the Hodinöhsö:ni’ sky dome symbolizing these two worlds.

Mother Earth is depicted as a wooden dome, embodying the ever-lasting life cycle and everything growing on earth. It is adorned with the sky dome design, which is commonly found in Hodinöhsö:ni’ beadwork, pottery and textiles.

Using augmented reality, the Celestial Tree grows from the top of the dome rendering a glimpse into Sky World, offering healing to the waters below. The reflections of Earth and Sky World on the water provide moments of pause and mindfulness.

Guided by Reflections is a reminder that everything in the natural world is interconnected and we have a collective responsibility to honour and care for these gifts to ensure the continuance of future generations.

Christopher McLeod is a multidisciplinary social practice artist, artistic director, and educator. He has a BA in Studio Art from McMaster University and an MFA from Emily Carr University in Vancouver, BC. He is the Artistic Director at Waterlution, and was the Director of the Hamilton Art Council’s, Building Cultural Legacies project. He has taught at McMaster University, Dundas Valley School of Art, and was Artist in Residence for 2 years at the Art Gallery of Mississauga. Christopher has also acted as an arts advisor to the Ontario Science Centre and the Hamilton Arts Council. His work has been featured at Nuit Blanche, the Art Gallery of Hamilton, and at Supercrawl 2018 and 2019. His practice explores social engagement and interaction, focusing on cultural and ecological themes.

The artwork produced for ‘Urban Moorings Two’ is titled Leadership Assemblage in Chedoke Creek (LACC). LACC is a living, partially kinetic assemblage exploring a relationship where consequence and intention collide with a long-standing hope that our leaders are looking out for us. Constructed using 95% reclaimed materials, and hosting Indigenous aquatic plants that work to filter Chedoke Creek during the installation, the piece attempts to create an opportunity to reflect on how we as community, and the leaders within that community, deal with effluent (waste), and of our tendency to treat bodies of water like naturally occurring toilets, and to make decisions based on economics over health. The aquatic plants, upon deinstallation, will be planted along the shoreline at Princess Point, with the remainder of the assemblage pieces disassembled for future re-use.

Tor Lukasik-Foss is a Hamilton artist whose creative practice has integrated music, performance, story-telling and visual art. His artistic focus has largely been directed on social anxiety, its manifestation in story and myth, and how that anxiety can complicate human relations in both public and private space. As a result, he has participated in a large number of creative site-specific installations, public art projects, and performance works. Lukasik-Foss has exhibited and performed throughout Canada and sporadically in the U.S., both individually and as part of several artist collectives including TH&B, Hamilton 7, Wing and String Collective, and Tuesday Choir. He also performs under the pseudonym ‘tiny bill cody’ and has released collections of original songwriting over the last two decades. He currently works as Director of Programs and Education at the Art Gallery of Hamilton.

This work has emerged from a long ongoing discussion with my friend and frequent collaborator, Nora Hutchinson, originally musing on the Ponte Vecchio, a segmental arch bridge crossing the Arno River in Florence, Italy, dating back to 1345. On top of its significance as a work of historic architecture, the Ponte Vecchio is also famed as a hub of cultural and mercurial transactions—grocers, butchers, artists, tanners, jewelers. Having never been to Italy, our discussion mostly centered on a fantasy of this bridge’s potential, specifically what strategies, even if they were quite temporary, could be derived to encourage complex actions, exchanges, social commerce on any bridge.

I designed AquaVecchio / Window (Ad)dressing / Vanity as a temporary three-walled sculpture that will situate itself on the pedestrian/bike bridge that passes over the Chedoke Creek and looks upon Cootes Paradise. It will be made from reclaimed lumber, furniture components, and other materials and will feature a central circular window to mildly focus a viewer’s gaze on the water remediation floats currently installed in the water, as well as the forthcoming art works as part of this project.

On four occasions occurring monthly, this work will be set up along the bridge, hoping to articulate a social space using the two-way traffic offered by the bridge, compelling users to stop and partake in varying kinds of cultural exchange, most intentionally, ones that folds in an awareness of the water being traversed, the issues and history it harbours. These exchanges will be facilitated by a selected group of ‘vendors’–performers, artists, activists—who can offer activities scaled down to the smallest possible audience, but which still encourage connection to the Cootes Paradise watershed and the complexities of its current ecology.

In other words, I want a place where folks can work with artists and yell through a window about the unnecessary poo in the wetland. I want that experience to feel special.

Nathan Eugene Carson received a BFA from the Ontario College of Art and Design in 2005. His drawings and paintings have since been shown at Verso Gallery, Lennox Contemporary, Gallery One, and the Drake Hotel in Toronto. His most recent solo exhibition, Cut From The Same Cloth (2021) at the Power Plant comprised paintings of brightly-rendered whimsical portraits and characters emerging from obscure matte grounds. He was recently artist-in-resident at the Art Gallery of Hamilton in March 2022.

I have chosen to combine a few of my favourite things: my love for birds, my collection of discarded objects found over years of gathering in Hamilton, and the chance to work with fellow artist Lee Bondzio, who collaborated with me in the making of this piece.

With these main ingredients and a bit of inspiration, we have chosen to sculpt a unique work for the birds to feast, rest, or create a new home for the season. This sanctuary of detritus ponders how we can utilize and find joy in the wreckage we find ourselves in.

Nora Hutchinson is an international exhibited artist and curator. She has taught at Ontario College of Art and Design, Guelph University and York University. She is the recipient of The Lesley Nelson Reward, The Portland Oregon Award, The Hamilton Arts Award and The Video Roma Award, Rome, Italy. In 2020-2021, a retrospective of her work ‘Rebel Opera’ appeared at The Art Gallery of Hamilton, including work from 1976 to 2021.

The artwork produced for ‘Urban Moorings Two’ will be a prefabricated Iceberg. I am calling it The Last, Lost Iceberg, It is borrowed  and altered from CoBALT Connects and designed and produced by Tanis Macarther. It was part of the Winterfest Festival in 2021. I am curious and excited to see it floating in Cootes for The Urban Moorings Two Project. The work is powered by solar it speaks to the crumbling of our environments.

Alexis Moline is an independent curator, arts professional and community services coordinator who has worked in Vancouver, Toronto and Hamilton. She received her Master of Museum Studies in collaboration with Sexual Diversity Studies from the University of Toronto. She was recently the Curator for the Building Cultural Legacies project at the Hamilton Arts Council, and will co-curate a large exhibition stemming from this project at the Art Gallery of Hamilton in September 2022. She has worked extensively within the Hamilton arts community, supporting hundreds of artists through her research and curation.

More Art in the Gardens

Find the sculptures throughout Hendrie Park.

Practice a new skill with arts-themed workshops all year long.